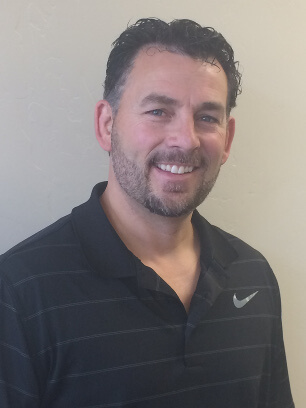 Dr. Jace Ferguson was born and raised in the little town of Lyman, WY.  It was here that he learned to love the great outdoors.  He also enjoyed playing Football, Basketball, and Golf and was the Senior class president.  It was here in Lyman that he met and married his high school sweetheart. They moved to St. George, UT where he attended Dixie College (Dixie State University), and Southern Utah University.

Upon completion of his schooling, he took his family to San Jose, CA where he attended Palmer College of Chiropractic West. After graduating he relocated his family to Logan, UT where he has been practicing since 2000.  Dr. Ferguson enjoys helping his patients get the care they need to return to optimal health and educating them on the mechanics of the body. He is very skilled in his techniques and procedures. He has taken numerous courses over the years that have added to his vast knowledge of the body and how it works. Dr. Ferguson is highly talented in helping people of all ages heal from a variety of ailments.

He is the father of 9 children and enjoys watching and playing with his kids.  As a family, they enjoy anything to do with the outdoors, the activities that his children do in school, and being together as a family.